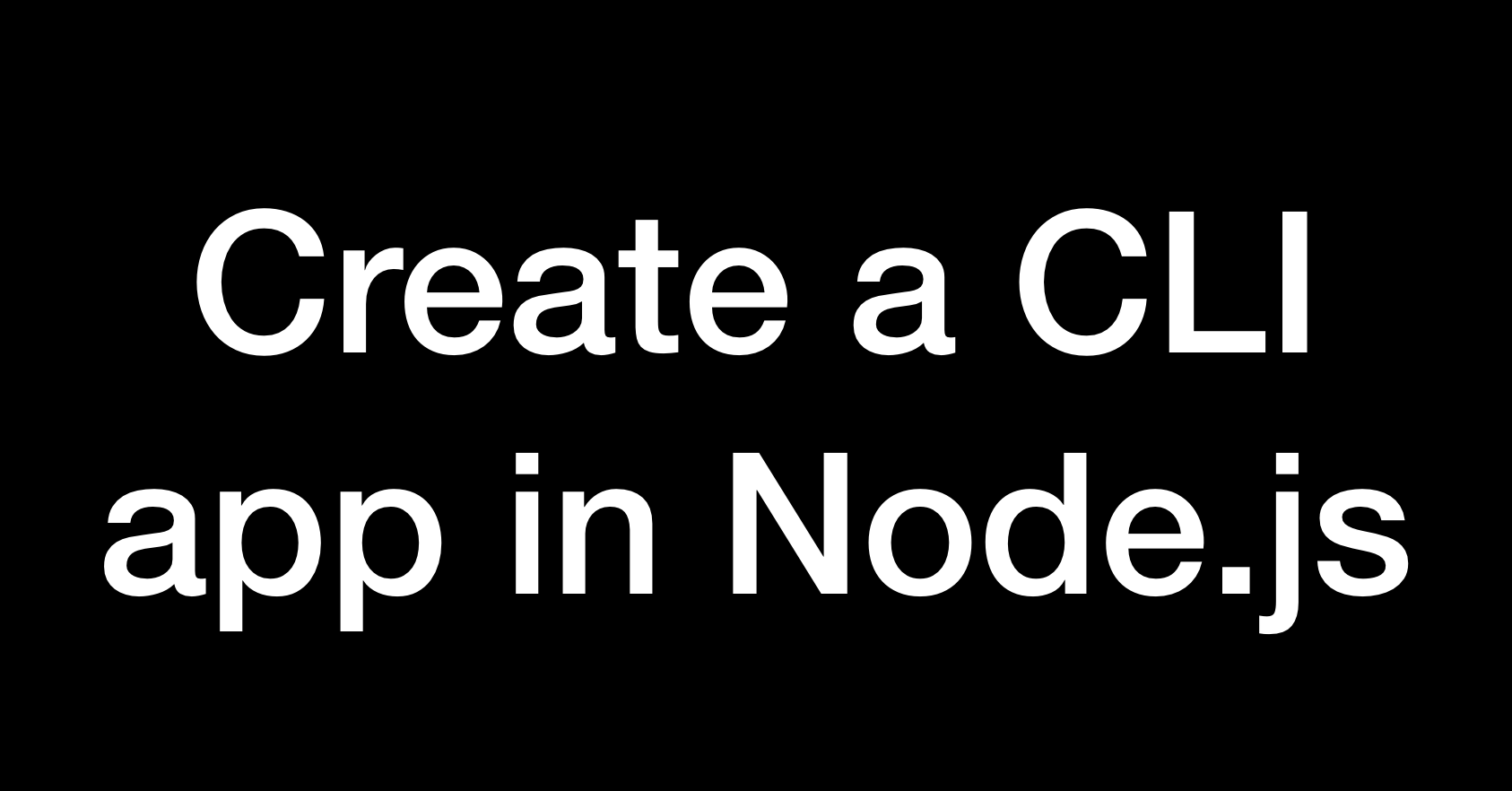 A starter guide to create a command-line app in Node.js

Many developers use command-line apps on a daily basis.

From git to yarn, we use many CLI (Command Line Interface) apps. Not everyone likes CLI over GUI, but many geeks love using CLIs.

Today, we will learn how to create Command-Line Apps in Node.js

Command-Line apps can be written in many languages. If you write them in Node.js, you can serve your app to the NPM/Yarn users.

CLI apps are all about input and output. In this Starter Guide, we won't go deep into creating a CLI that does something important.

For now, we will only make use of chalk and figlet to do make some creative output.

And then, just paste the following snippet in your index.js.

The #!/usr/bin/env node line needs to be at the top for a Command Line App to work.

Add a Start Script in your package.json...

Also, add a bin script. That script decides what command will user need to type to see the output.

Run npm start to see how the output looks like. Isn't it just like running a Node app?

And now try running thisDemoCli in the terminal, and you should see the same output!

To publish to NPM so that you can serve your apps to users, give your package a unique name, and provide it a version.

Make use of the commander NPM module to make the CLI do different tasks on different flags like --help, --version, etc.

Here's the Part Two of the Series - Creating a command-line app in Node.js: Argument Parsing.